One person was crushed to death in a fatal motor accident along Nanka-Agulu road, Anambra state on Friday August 14.

The accident which occurred around 6.30am in between the two bridges at Agulu Lake, involved a Mack Trailer with registration number RUM646XA. The driver reportedly lost control of the vehicle following excessive speeding.

Spokesperson of the state police command, Haruna Mohammed, who confirmed the incident to newsmen, said

At about 5:30am today, a Mack Truck with REG number RUM 646 XA driven by yet to be identified person and  laden with Diesel, lost control while trying to negotiate a sharp bend near Agulu lake bridge and crashed inside the bush. As a result, the diesel spilled on the ground and the truck conductor (name yet unknown) whose body was dismembered following the accident, died on the spot .

Police operatives led by DPO Neni Division SP Asadu Uche and other Sister Security Agencies quickly mobilised to the scene and cordoned off the Area to prevent any catastrophe. Fire Service was equally on ground to prevent fire outbreak.

Meanwhile, the victim was taken to ST Joseph Hospital where he was certified dead by a medical doctor and corpse deposited at the mortuary for preservation.

Consequently,obstruction was cleared to enable free flow of traffic in the area and  investigation is ongoing to ascertain circumstances surrounding the incident.”

See photos from the scene of the accident below.. 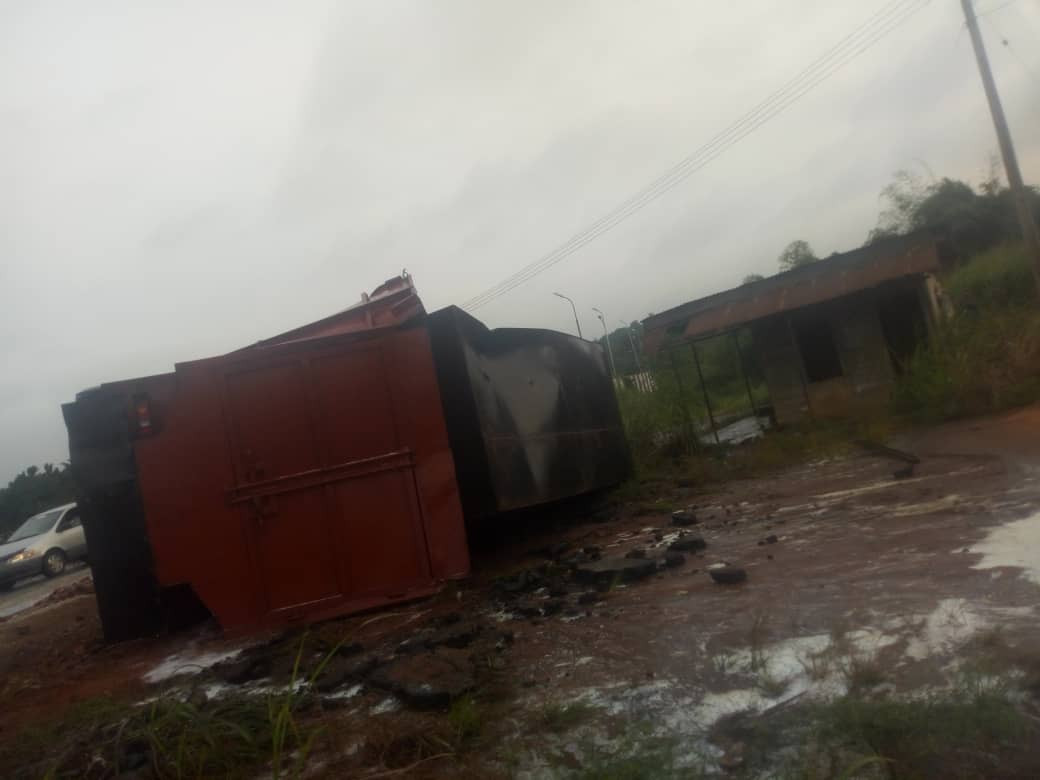 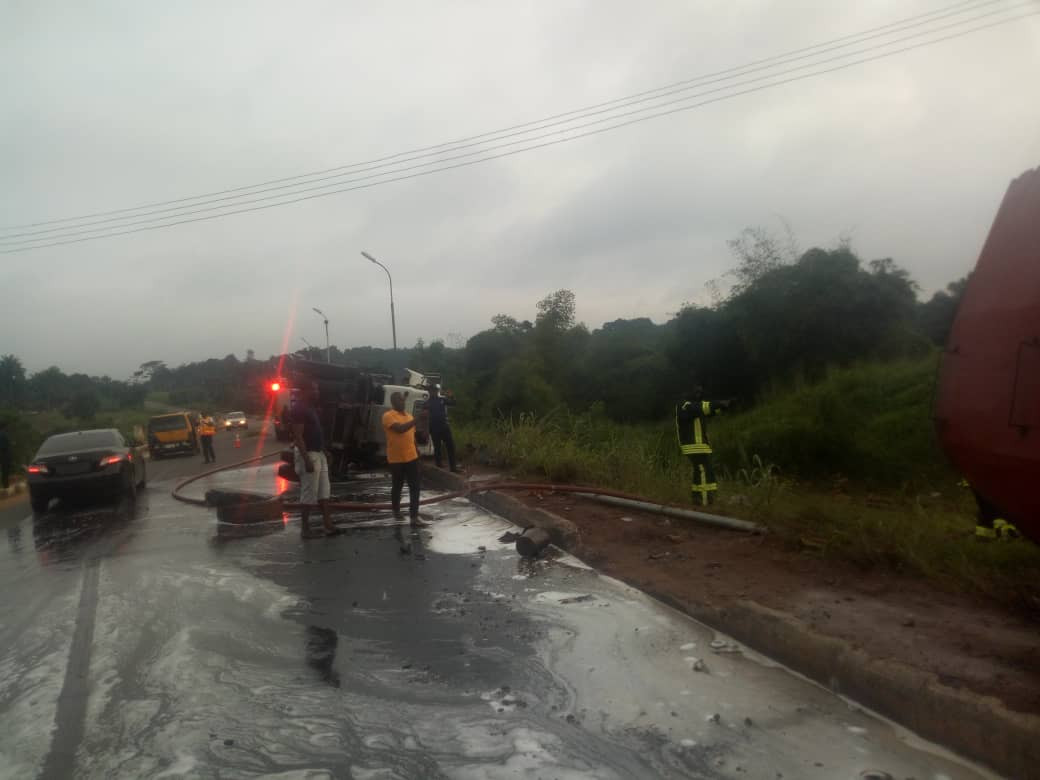 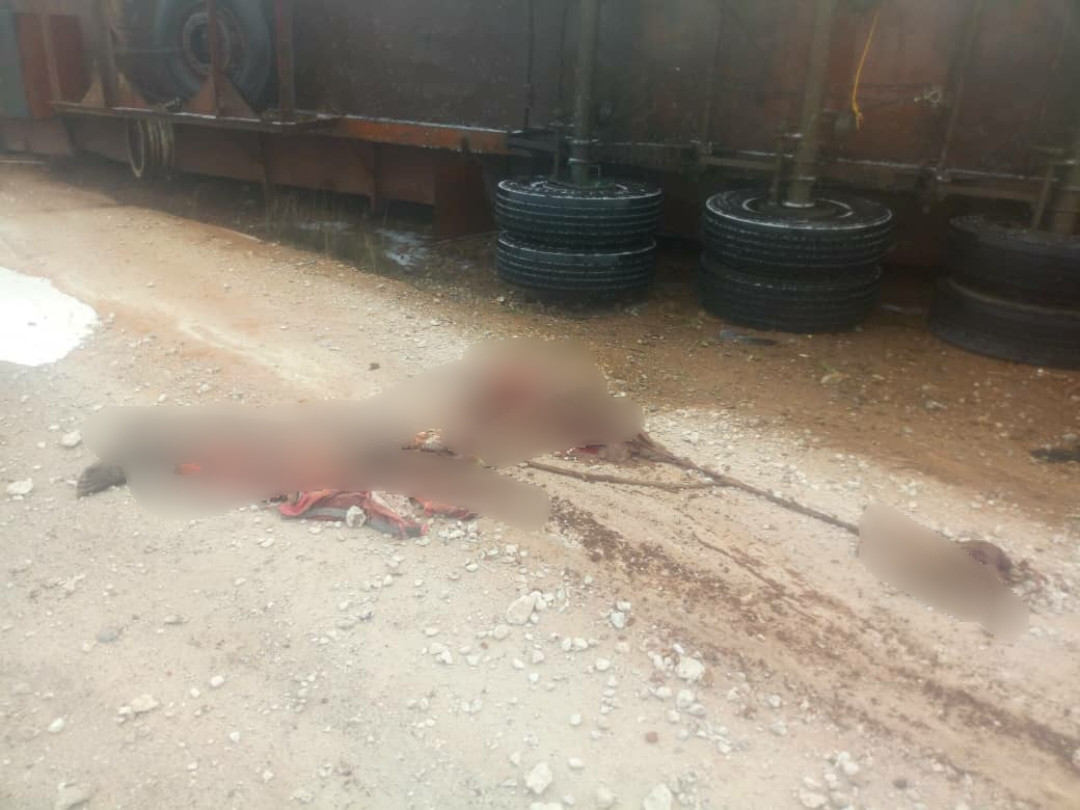