A sad story has emerged from the Mpohor district in the Western region of Ghana, where a young man who was set to get married was seen hanged in his room, few hours before he could exchange the vows with his wife to be.

The Young man whose name has only been given as Joe Red, resides in Benso, a community in the Mpohor Constituency and works with the Benso Oil Palm Plantation (BOPP).

His wife to be, whose name was also given as Sister Yaa, is also a trader in the same community but hails from Mpohor, the capital of the district.

The two have been staying together unofficially for some years and they are blessed with four children. The two agreed to make their marriage official on Saturday October 10 2020, at the family house of Sister Yaa.

Reports are that, family members had gathered on Saturday morning to give their blessing and support to the marriage.  The bride had already finished dressing up for her special day waiting for her husband to arrive and put the ring on her finger.

“They waited for hours at the family home of the lady but the man was not showing up. Bothe his family members and that of the lady were all ready. They called his number severally but he was not answering his phone. He lives at Banso which is a little far from Mpohor where the lady stays.

The matter was getting scary for all the family members who had gathered there. A call was later placed to someone in the community to go and check if he was at home, only for the family to be told that, he has hanged himself”. A reporter of Takoradi based Skyy Power FM, Osomafo narrated to Mpimpimhene Nana Gyetuah. 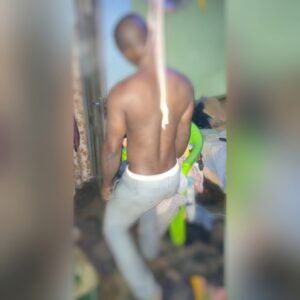 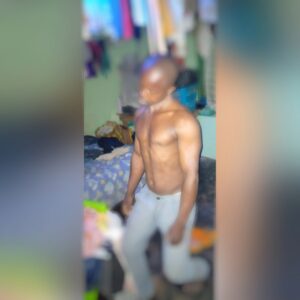 The lifeless body of Joe Red was found in the room hanging on a rope tied to the ceiling. The reason for taking away his life has since remained a mystery to family members and other relatives. The wife, Sister Yaa, who could not stand the shock collapsed after hearing the news, and was sent to the hospital for treatment.

“The wife (Sister Yaa) collapsed and went into a coma. She has been discharged but she can hardly speaks”. Osomafo added. The lifeless body of Joe Red, has since been deposited at the Efiankwanta Regional Hospital mortuary for further investigations.

The young man according to reports hails from Mankessim in the Central Region, but has been living at Banso in Mpohor where he works. The reason behind his death is still unknown. He left behind a wife and four children.

‘It has been a beautiful 10 years journey with you’- Ned Nwoko celebrates Moroccan wife, Laila