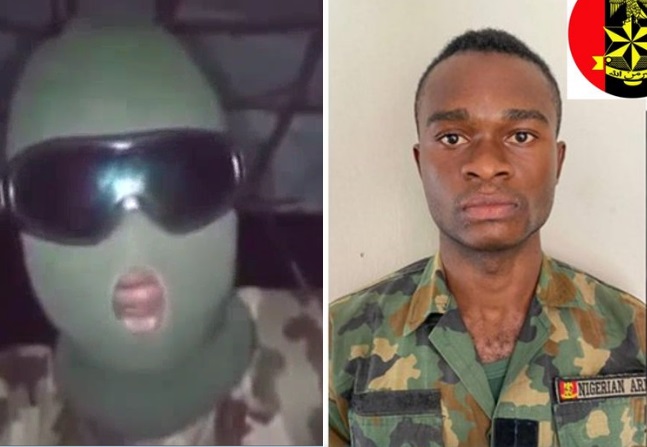 The Nigerian Army says it has arrested the hooded soldier who went viral days ago in a recorded video begging his colleagues not to shoot at #EndSARS protesters.

The soldier now identified as Lance Corporal Harrison Friday, wore a hood in a video he made in which he begged his colleagues not to shoot at end SARS protesters even if they were sent to do so.

In a post shared on its Twitter handle on Wednesday, October 21, the Nigerian Army says Harrison carried out ‘cybercrime’ and that he has now been arrested.

However, the Nigerian army has come under fire for the said arrest, as agitated citizens feel played by the military. 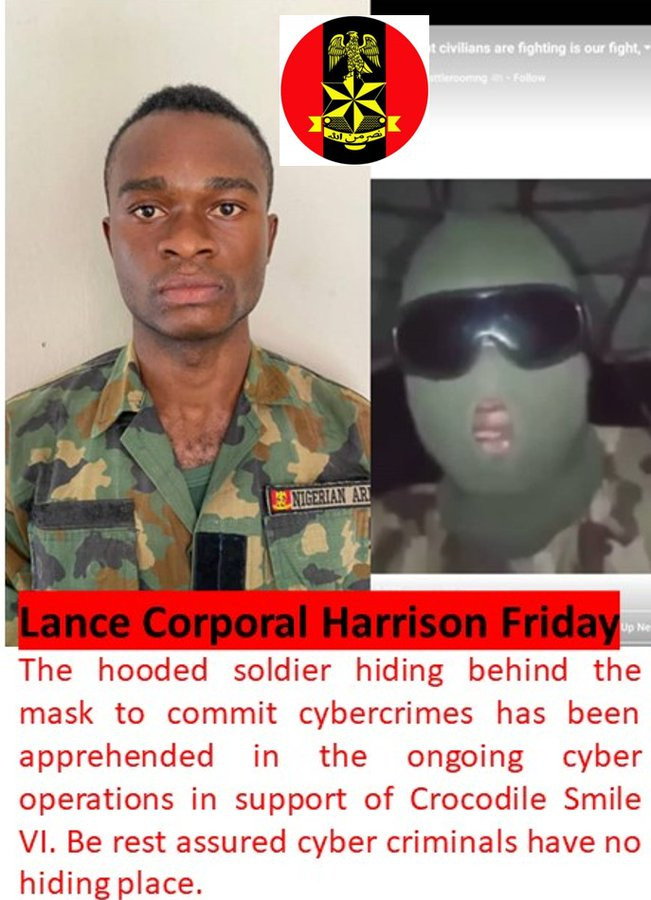 In case you missed the viral video, watch below:

UNITY CENTER IS FULLY AN EMPTY DREAM, YESU CALLS FOR A SERIOUS RESCUE IN HIS CONSTITUENCY

SINGLE SEX SCHOOL’S ARE THE CAUSE OF LGBTQ IN GHANA,FREE SHS HELPS IT SPREAD- YESU KRONKO