Manchester United have spent over £1billion in the transfer market since the retirement of Sir Alex Ferguson in 2013. 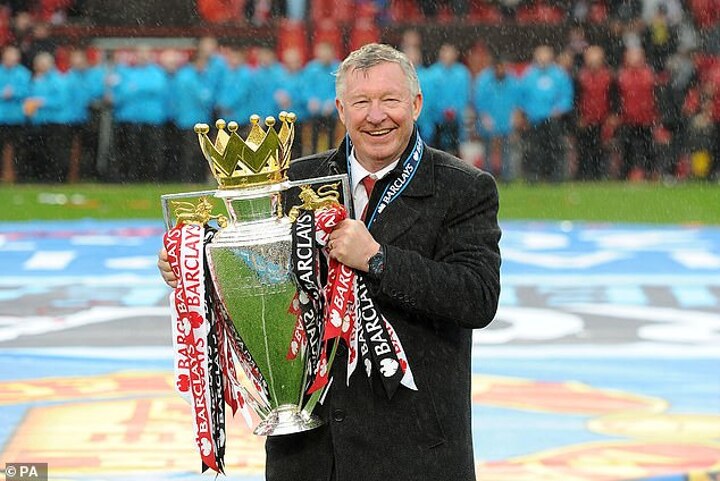 In that time, there have been 37 signings, four managers and just three pieces of silverware. 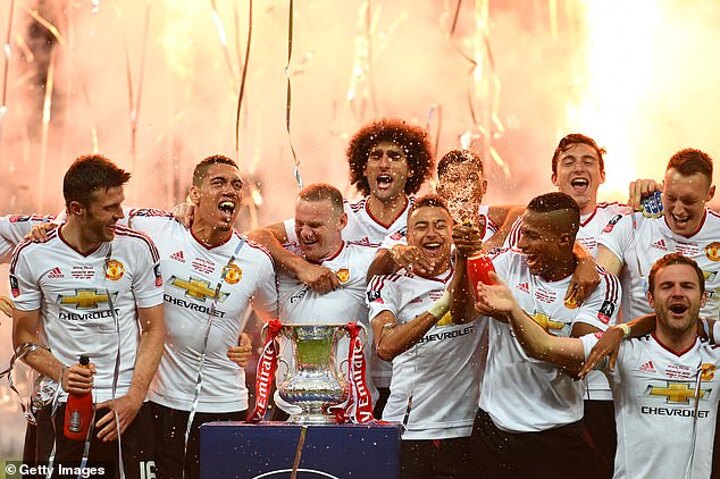 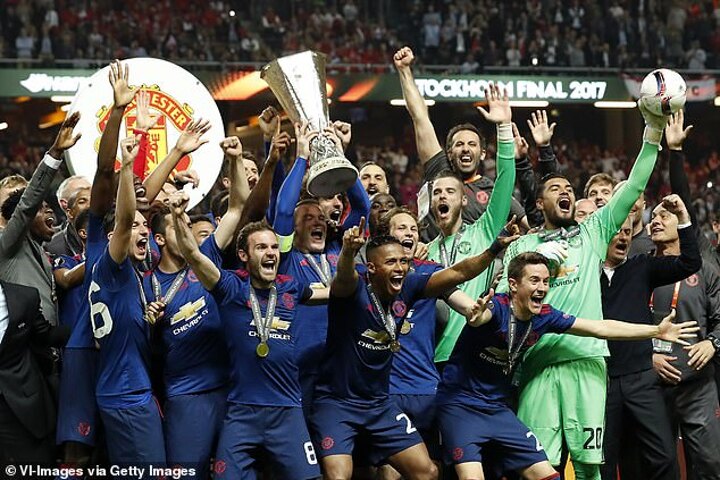 A haul of one FA Cup, one League Cup and one UEFA Europa League in seven seasons illustrates how United have declined as a force – on the pitch at least – since the end of the Ferguson dynasty.

They are by no means the only Premier League club to surpass the £1bn mark – Manchester City have spent in excess of £1.2bn in the same time span. But then City have won three Premier League titles, two FA Cups and five League Cups.

It’s certainly the case that not every Ferguson signing was an enormous success – remember Bebe? – but United’s recruitment strategy since 2013, overseen by Ed Woodward, has been heavily criticised.

But which of the four United managers in this time was the most successful with his new signings?

Moyes may have been the ‘Chosen One’ to succeed Ferguson but his 10 months in the job proved to be an unmitigated disaster.

It was as though United’s aura had walked out the door behind Ferguson and despite inheriting a title-winning squad, Moyes was always facing an uphill struggle.

It didn’t help his cause that Woodward pursued almost a ‘Galactico’ policy in the summer of 2013 as though seeking to make his mark as David Gill’s successor. 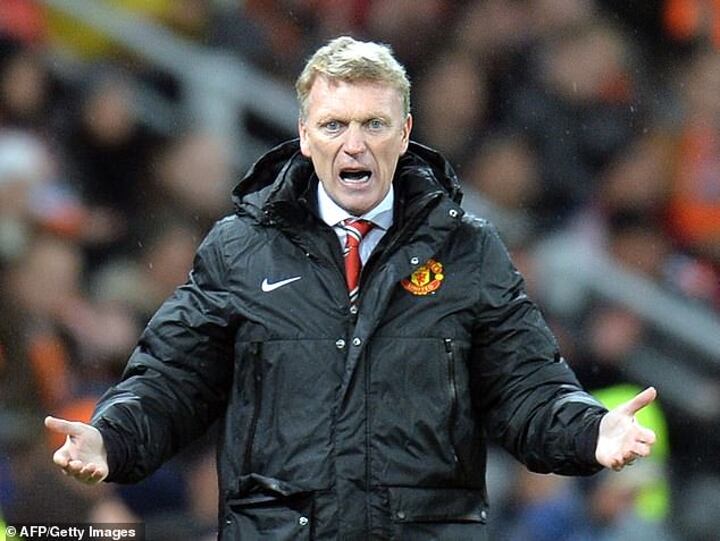 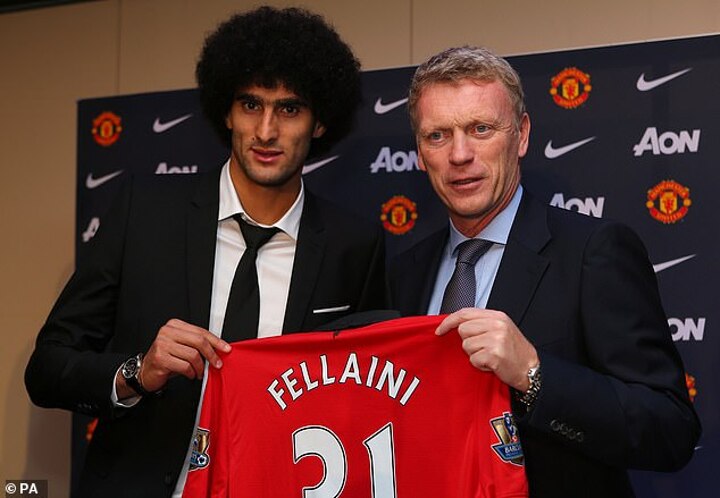 They ended up with Marouane Fellaini, from Moyes’s former club Everton, following a fraught deadline day and paid an inflated £29m for him.

It later emerged that the Belgian actually had a cheaper release clause of £23.5m in his Everton contract that had expired a month earlier. As if to prove how low down he was on United’s list of targets, nobody knew.

After struggling in the opening months of the season, United managed to sign Juan Mata from Chelsea in January, paying £40m.

As it transpired, both Fellaini and Mata would remain United players well beyond the Moyes era. Fellaini only left the club in 2019 and Mata is still there. There’s a high opinion of both among United fans. 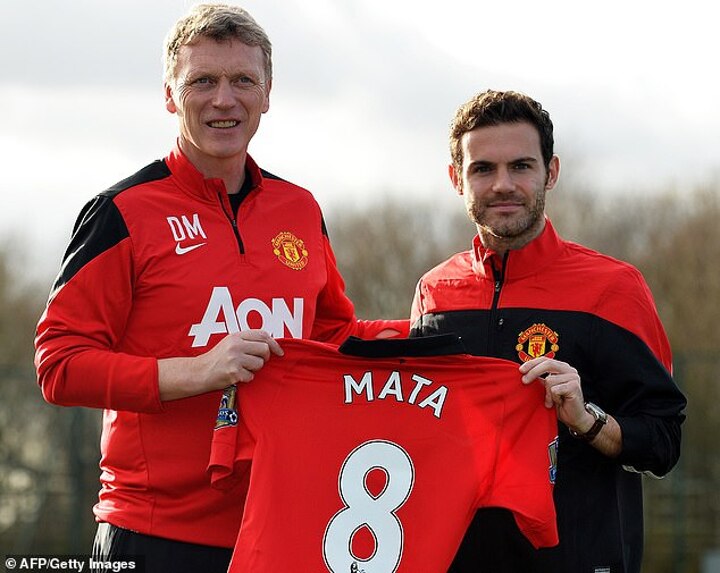 Sacked in April 2014 with United seventh in the table, Moyes was partly the victim of a haphazard transfer strategy and Woodward’s inexperience in the world of transfer negotiations.

With a determination to spend big to return to the Champions League, the gravitas of Louis van Gaal as new manager and some harsh lessons learned in the art of sealing a deal, United were more successful in the 2014 summer market.

They spent £175m to rebuild the squad to Van Gaal’s liking, with the £67.5m signing of Argentine star Angel Di Maris from Real Madrid the headline act. 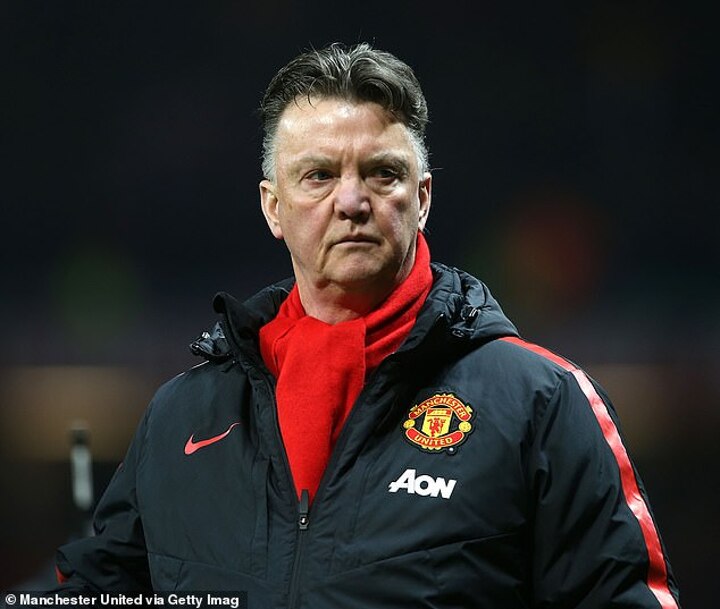 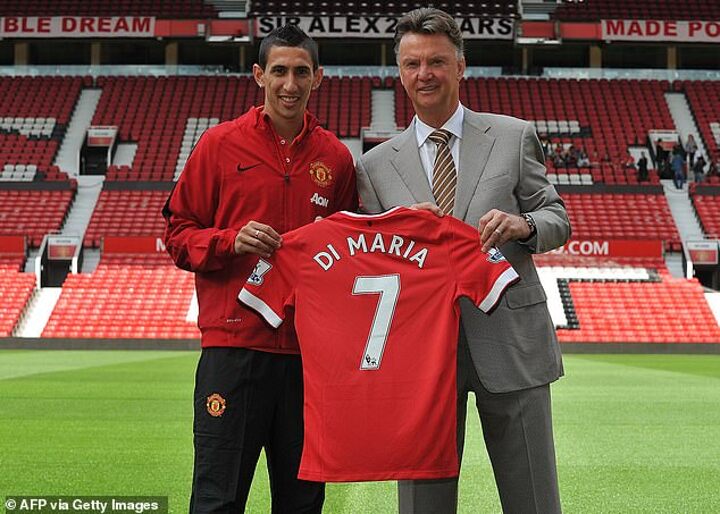 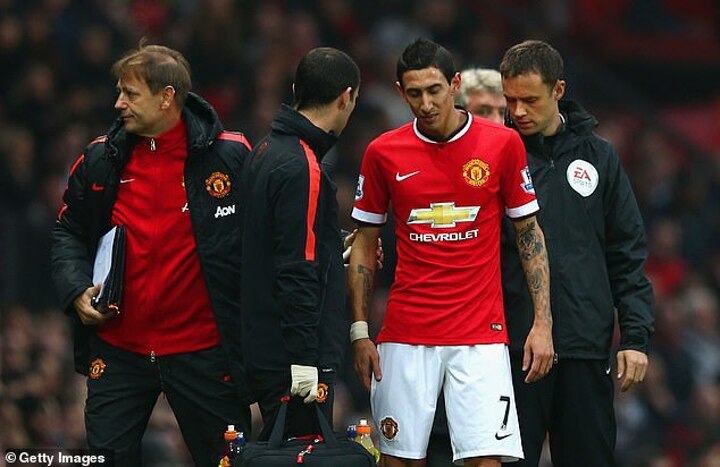 Moyes had wanted to bring in Herrera 12 months earlier, which led to ham-fisted efforts to barter down a buy-out clause of £30.5m. They returned in 2014 and paid the same amount anyway.

Di Maria was also an incoherent purchase, apparently made because he was offered to United and it seemed too good to refuse. Van Gaal later admitted he ‘had other players on his list’ and Di Maria looked a spare part all season as he struggled to settle in Manchester.

Falcao was similarly unsuccessful, scoring just four goals in 29 games, while Herrera and Blind did ultimately prove to be positive signings.

Shaw and Rojo remain United players. The Argentine was briefly in favour but will soon be on his way out of the club, while Shaw struggled with injuries and Mourinho’s tough love but has shown glimpses of the quality left-back he clearly is. 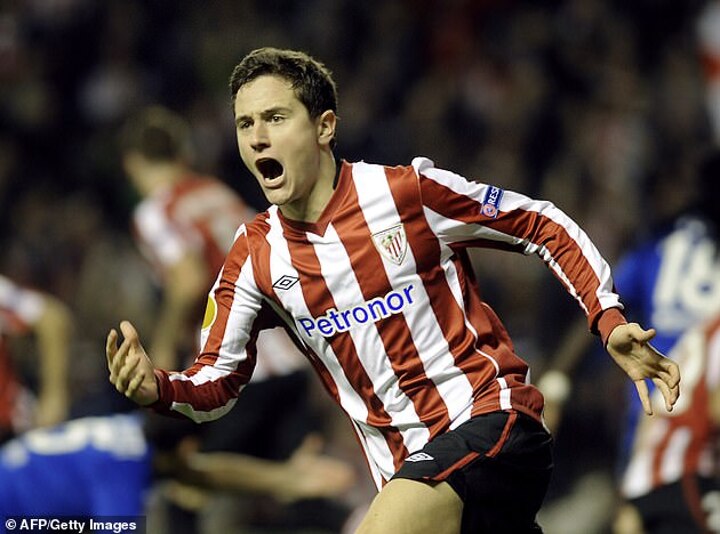 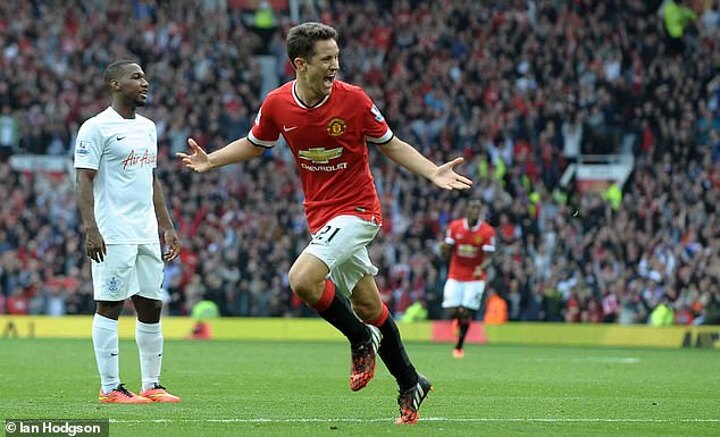 After Van Gaal returned United to the Champions League, another huge spend was sanctioned in the summer of 2015 to take the next step into title contenders.

One problem area was at centre-half and United made an offer to Real for Sergio Ramos, believing he wanted to leave. It was turned down and Ramos remains there.

With such a refresh of the squad and Van Gaal’s firm grip, you’d have expected United to play far better than the bland, conservative football they produced that season. 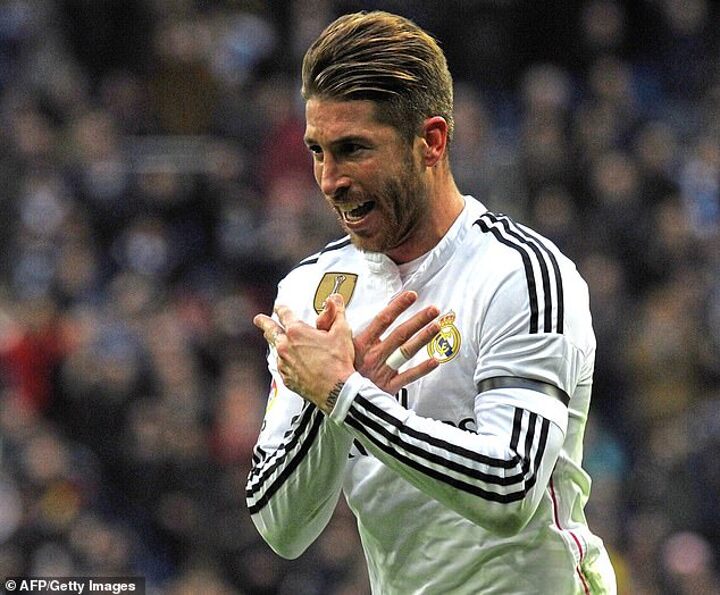 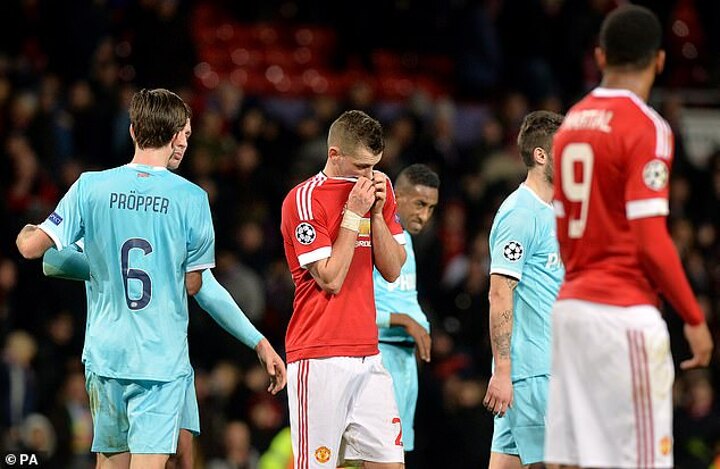 Van Gaal was unceremoniously sacked after delivering the FA Cup, the first post-Fergie piece of silverware.

Of that bunch, Martial is the only one to have stood the test of time. The French striker has been frustrating and inconsistent at times, but he has scored 73 times for United and remained important to the managers since.

Depay proved a disappointment and was moved on by Jose Mourinho, but has since flourished in his career. Schneiderlin, Schweinsteiger and Darmian are best forgotten.

So despite a spend of £300m plus, United weren’t a great deal further on following Van Gaal’s departure as they were when he arrived. 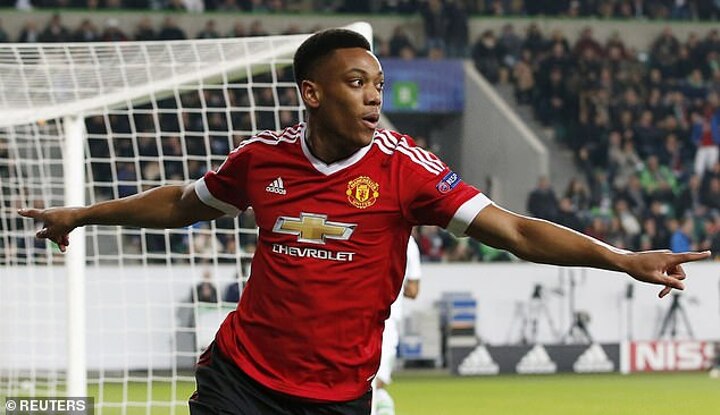 When Mourinho arrived in the summer of 2016, it looked as though United had finally got the man they wanted post-Ferguson and would become a force again.

Mourinho is a manager who knows his own mind and that meant another expensive summer in the transfer market.

£166m in total during those first few weeks, notably the £89m world record return of Paul Pogba from Juventus, a real statement of intent.

United also signed Henrikh Mkhitaryan for £30m and Eric Bailly for around the same amount. The signing of Zlatan Ibrahimovic was free but certainly increased the wage bill. 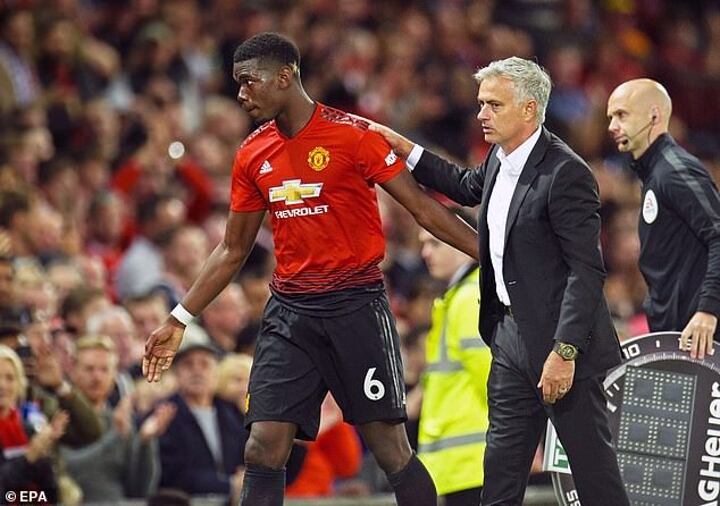 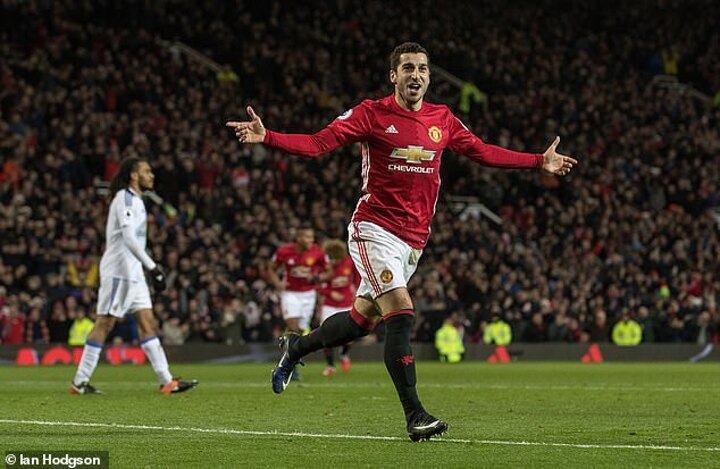 It was an encouraging enough start. Mourinho won the League Cup and the Europa League, restoring United to the Champions League.

Of course the feeling remains that we’re still waiting for Pogba to be the match-defining player for United we all expect him to be.

Bailly has been dogged by injury, while Mkhitaryan wasn’t a good fit in Mourinho’s side and ultimately formed part of the swap deal for Alexis Sanchez. Ibrahimovic’s 28 goals in that 2016-17 campaign probably qualify him as the most successful of the lot.

Bolstered by those two trophies, Mourinho urged an even bigger spend ahead of the 2017-18 campaign. 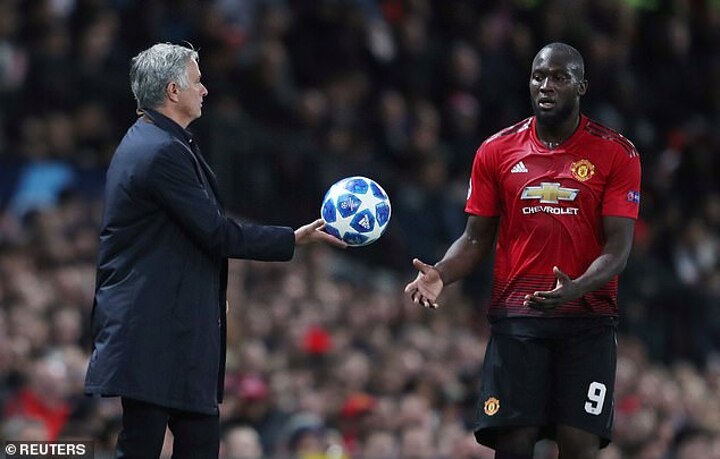 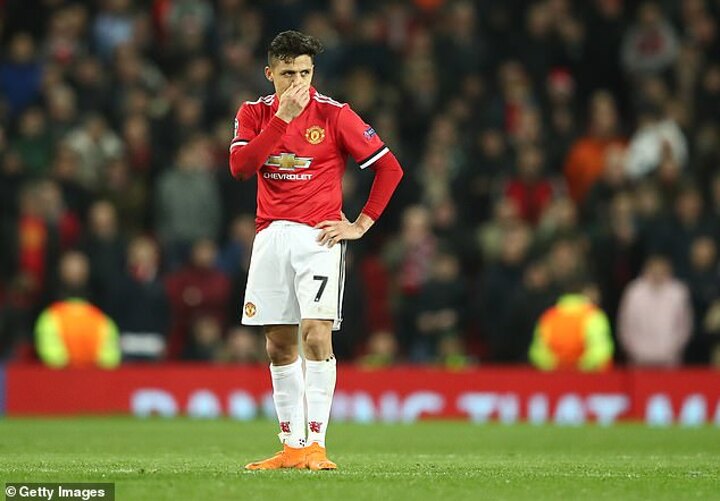 Then there was Sanchez, of course, who came in from Arsenal in January 2018 on ridiculous wages approaching £500,000-a-week.

Only Matic was a long-term success at United and the midfielder remains important to them now.

Lukaku delivered 27 goals in his first season but left for Inter Milan because he didn’t fit into how Ole Gunnar Solskjaer imagined his forward line.

Lindelof has never looked a United calibre player and Sanchez was an expensive failure, a signing ill-judged by the club’s hierarchy.

Though United finished second in the Premier League, you felt the Mourinho implosion wasn’t too far away. 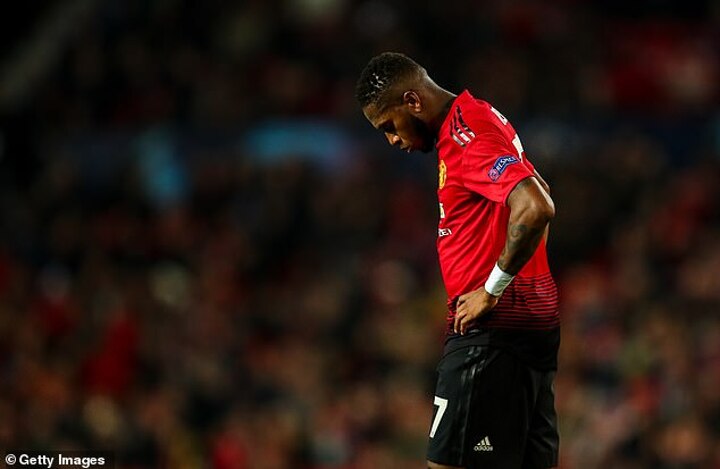 That didn’t stop the club paying £53m for Fred in summer 2018. The Brazilian took an awful long time to show his qualities and he certainly didn’t under Mourinho, who was fired in the December amid a toxic fall-out with some of his squad.

United threw a lot of money behind Mourinho and though he won them two pieces of silverware, his tenure can hardly be judged a success.

Many of the signings were ill-judged and some of the damage is still being repaired. Only Matic and potentially Fred can be thought of positively from this expensive crop.

The appointment of Solskjaer seemed to prompt a reset of United’s transfer policy. Aside from positions that were problem areas, the focus would be on talented young players who would serve the club well for years to come.

With that in mind, Solskjaer’s first couple of transfer windows can be judged a success on the whole.

United needed a centre-half leader and £80m Harry Maguire, despite a shaky start to the season, has provided that for the most part.

Aaron Wan-Bissaka, £50m from Crystal Palace, has done very well while Dan James, £16m from Swansea, fitted the bill and should have more to offer. 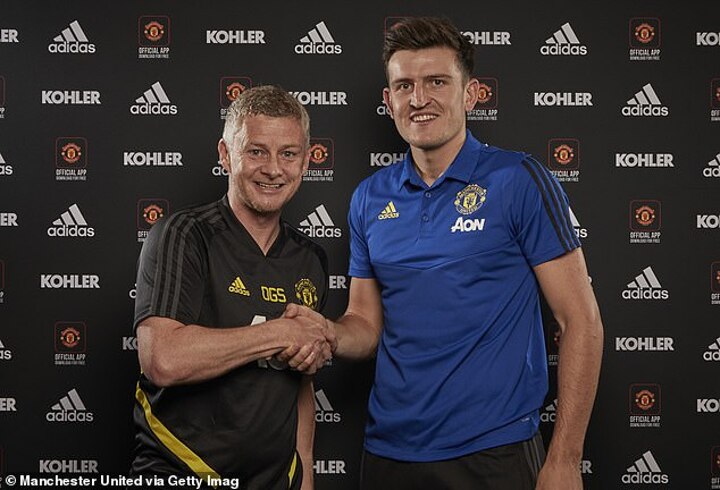 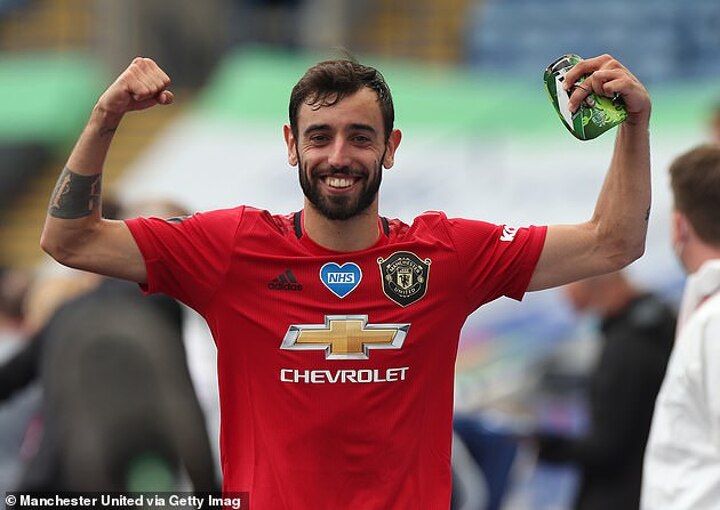 The signing of Bruno Fernandes in January for an initial £47m was expensive for the time of season but transformative to the team’s fortunes.

A solid start but United’s transfer strategy went completely off the rails this summer, returning to the lack of joined up thinking that has marked the post-Fergie years.

They clearly needed another centre-back but didn’t sign one. They tried and failed to sign Erling Haaland and Jadon Sancho, refusing to pay the £108m asking price for the latter.

Donny van de Beek, bought from Ajax for £35m, looked a good signing but has actually caused a midfield headache for Solskjaer. 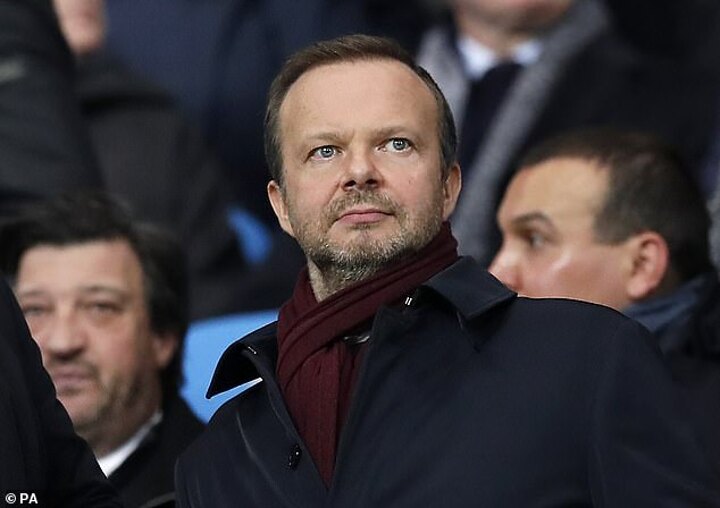 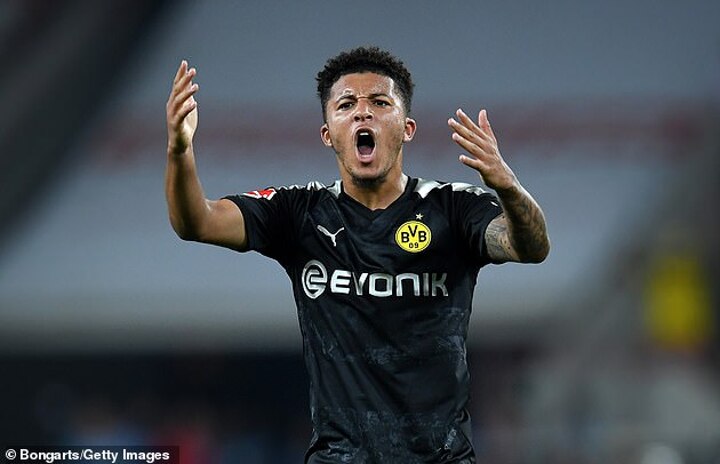 Amad Diallo and Facundo Pellistri are very much for the future, while Alex Telles will offer much-needed competition for Shaw at left-back.

Then they ended up with ageing striker Edinson Cavani on deadline day having left it right until the last moment to sign a free agent.

Their business didn’t inspire confidence and has been reflected in a very inconsistent start to the season.

It’s impossible to tell United’s direction of travel from these signings and Solskjaer remains very much under pressure despite the win over Everton last time out. 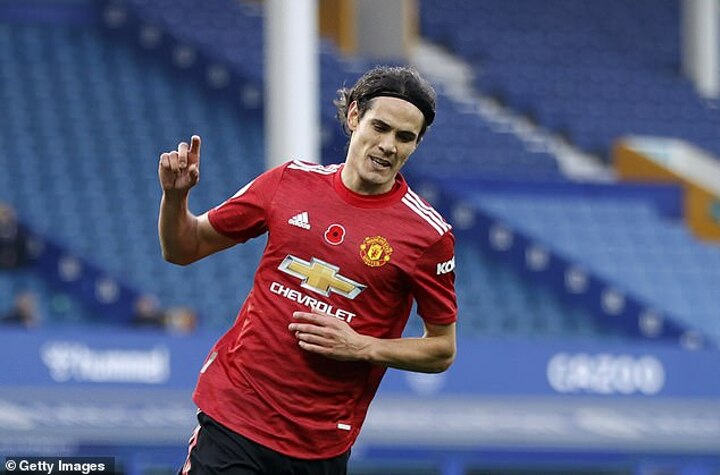 SO WHICH MANAGER WAS MOST SUCCESSFUL?

£1.074bn spent on 36 players in seven years and you can probably only count half a dozen that have been an unqualified success at Old Trafford.

None of the four managers post-Ferguson comes out smelling of roses for their transfer business. Each bought someone who has stood the test of time at United but there have been some very expensive mistakes as well.

There isn’t a lot between Van Gaal and Mourinho in terms of the least successful though at least both managers delivered trophies.

Both were allowed to spend tens of millions to mould the United team in their image but, from Depay to Di Maria to Mkhitaryan to Sanchez, there have been more misses than hits.

You’d have to say, overall, that Solskjaer’s transfer business last season was the most successful post-2013 with Maguire, Wan-Bissaka and Fernandes set to be part of the United team for some time to come.

But the summer just passed was a real struggle. It certainly isn’t Solskjaer’s fault entirely – Woodward and United’s recruitment team must take a share of the blame – and despite that expenditure of over £1bn, United still look well short of a team that can actually challenge for honours.

NPP and NDC are bullshit, the country should be given to...