Ghanaian actress and filmmaker Ama K. Abebrese hasn’t been spared by some individuals on social media following her criticism of how a nurse who administered the COVID-19 vaccine to President Akufo-Addo failed to wear gloves.

After expressing her observations through a post she shared on her official Facebook page on Monday, March 1, 2021, her comments attracted series of backlash from social media users who disagreed with her opinion.

Describing the actress as ignorant and clueless, some social media users advised her to conduct proper research before publicly expressing her views.

They also lambasted her for being quick to find faults in every situation.

President Nana Addo Dankwa Akufo-Addo together with First Lady Rebecca Akufo-Addo on March 1, received the first dose of the 600,000 COVID-19 vaccines that have arrived in the country.

The exercise, which included a similar one by Vice President Dr. Mahamudu Bawumia and wife, Samira Bawumia was aimed at boosting public confidence in the new vaccine procured for the citizens.

While the President took his vaccine jab at the 37 Military Hospital, the Vice President Dr. Bawumia was vaccinated at the Police Hospital.

Read the comments below 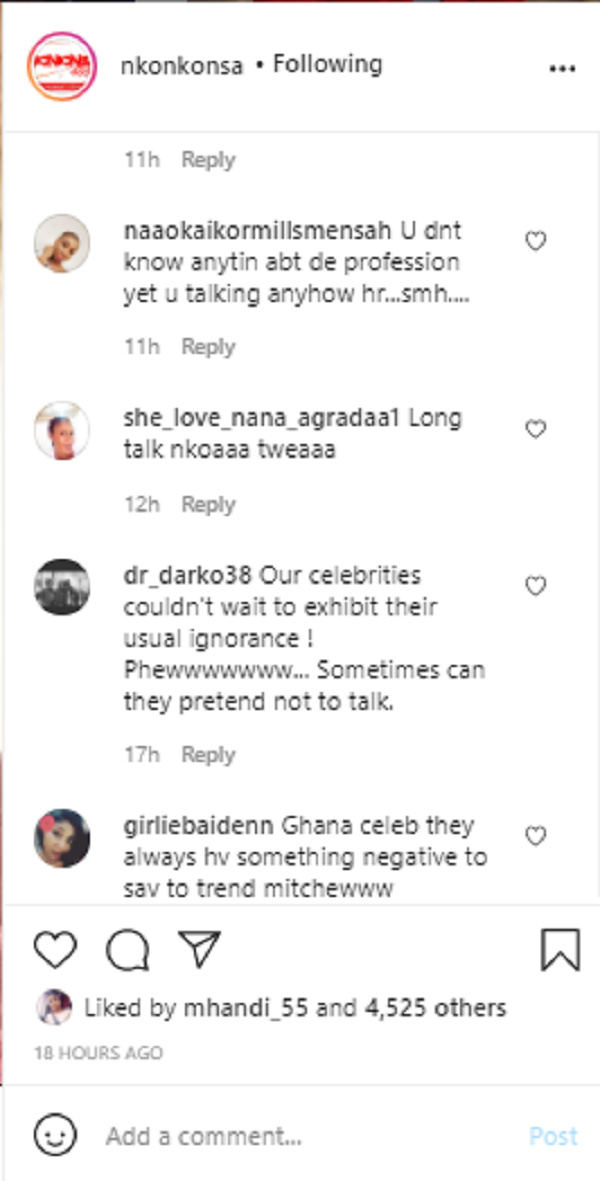 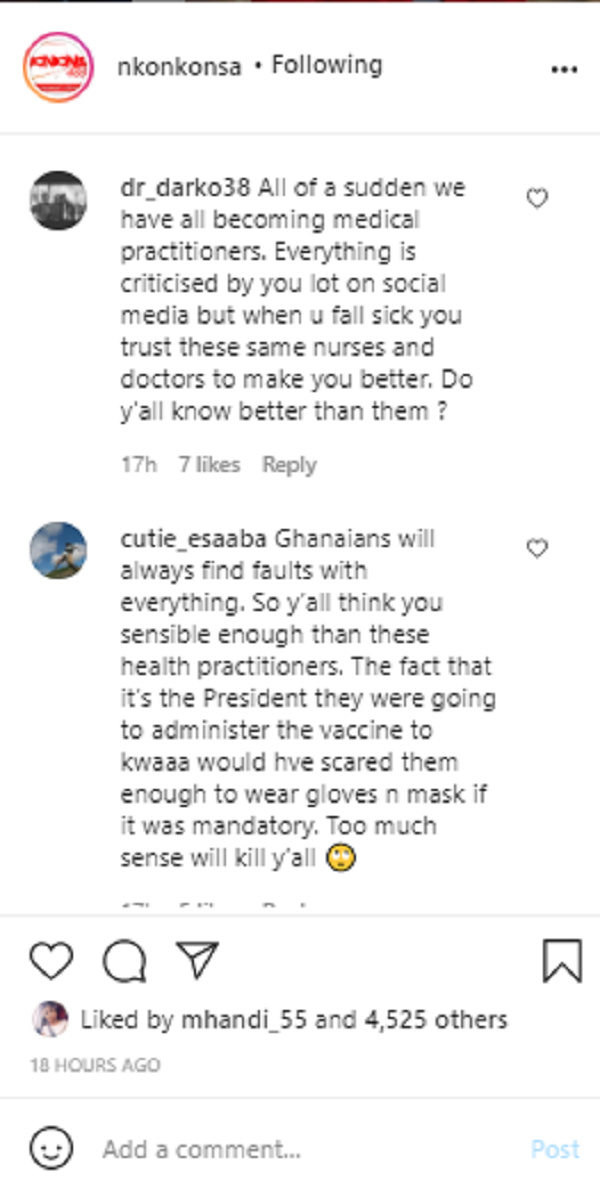 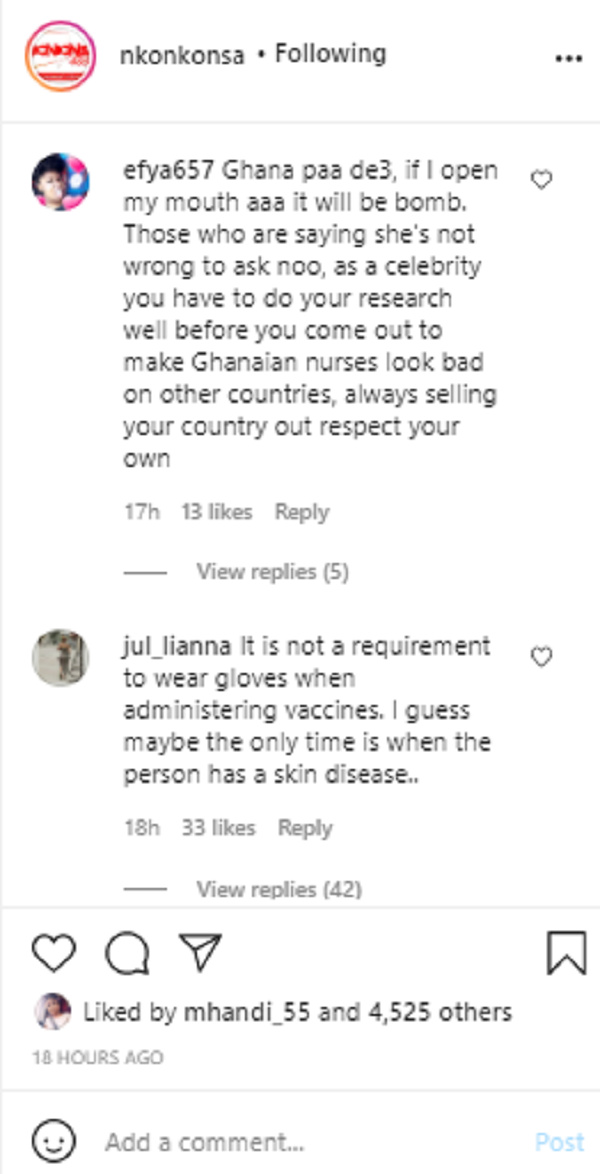 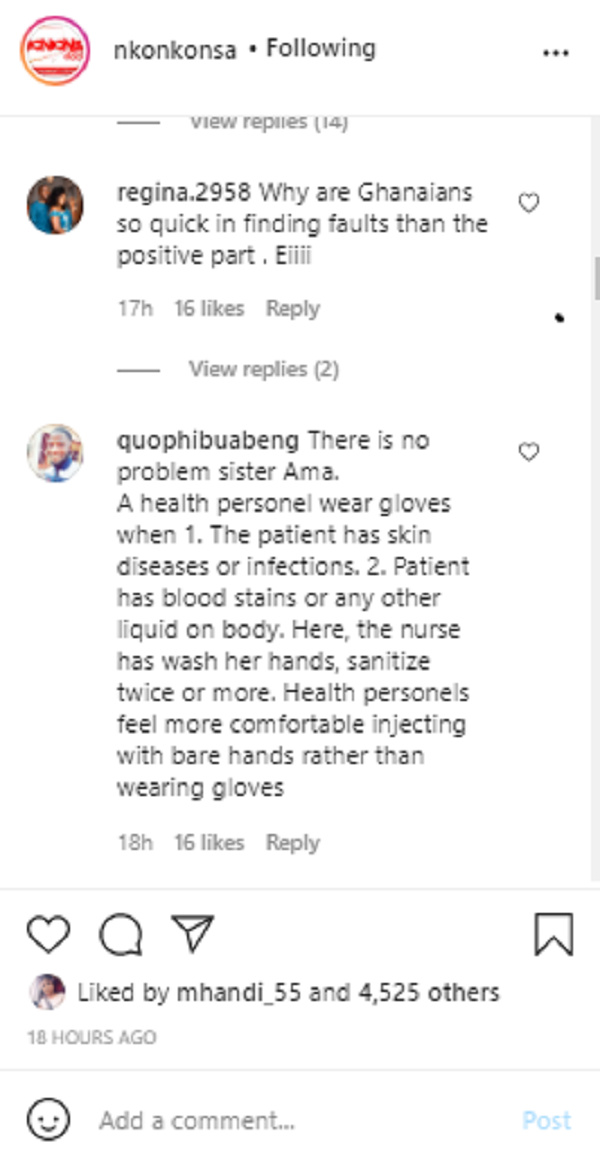 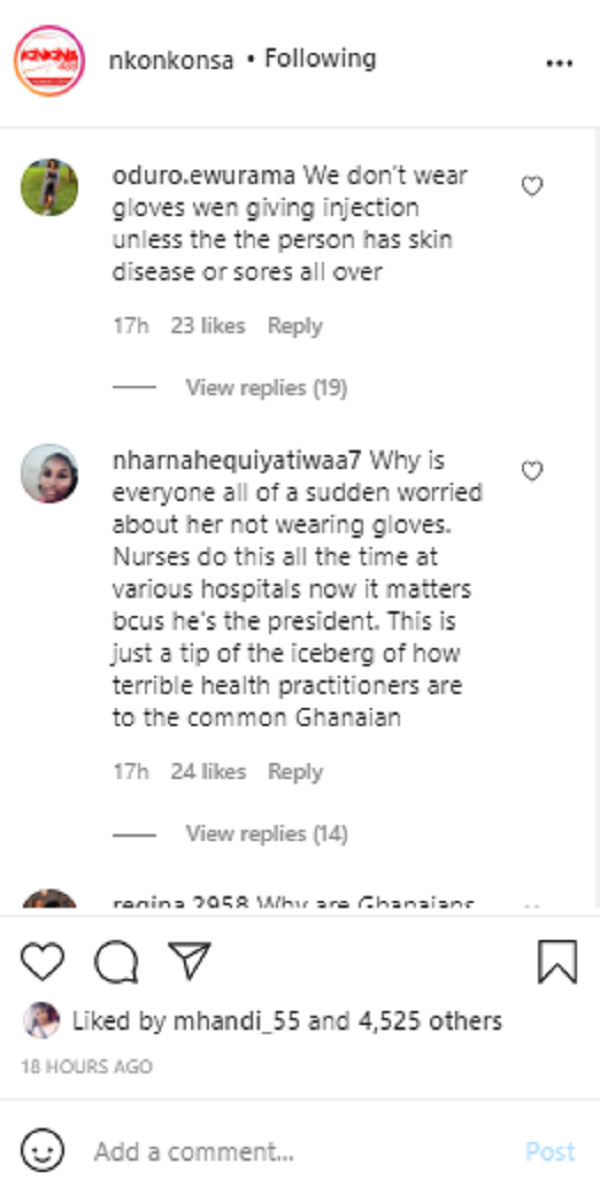