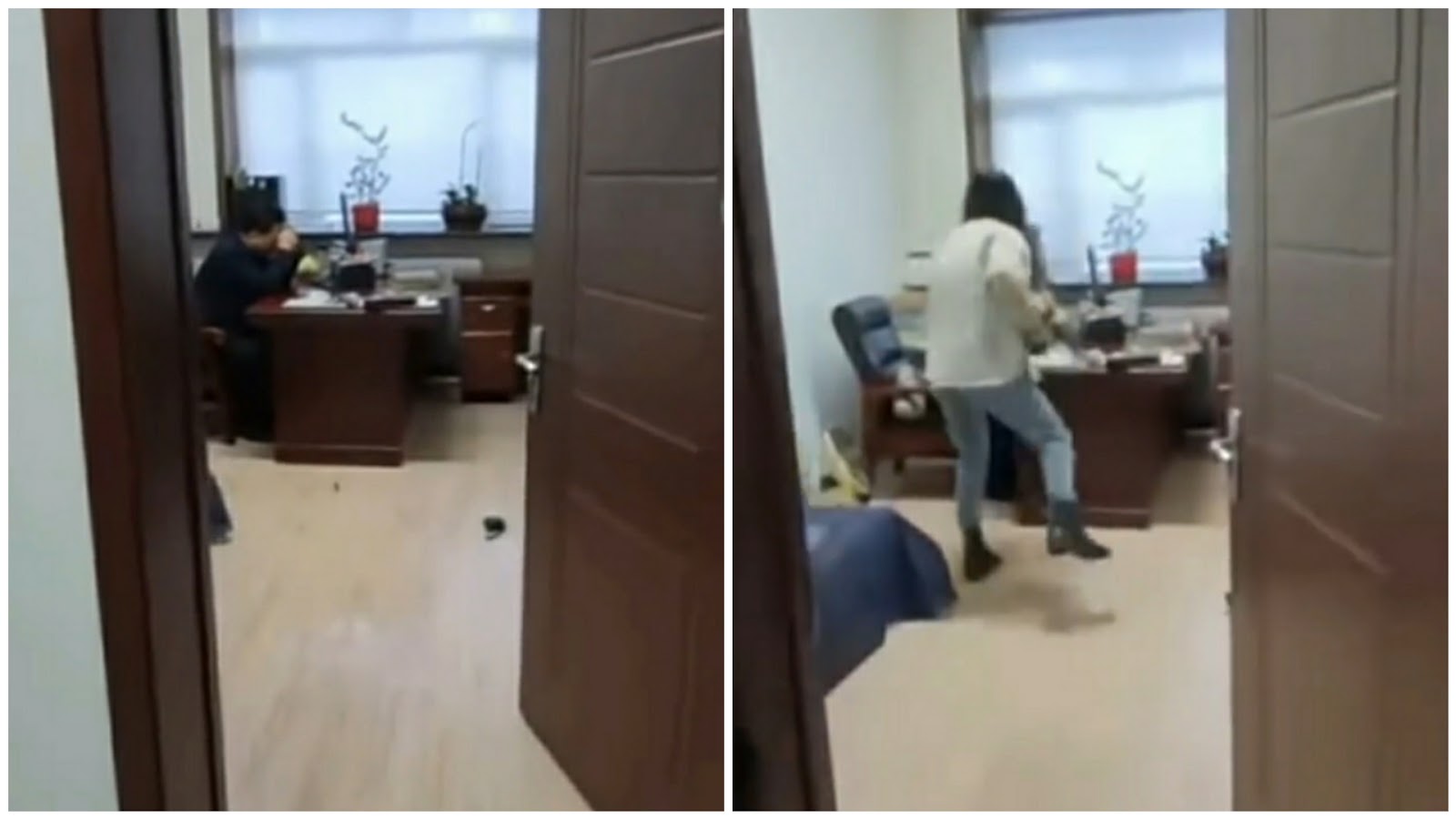 A government worker was caught on video beating up her boss after he allegedly harassed her. The woman from northeastern China, who has been identified only as Zhou, is seen throwing books at her boss’ face and beating him with a mop while he tries to apologize.

In the 14-minute video which has gone viral on Chinese social media Weibo, Zhou is also seen pouring water over her boss.

She claims that she received unwanted text messages from him three times, and he reportedly sent similar ones to her co-workers.

Zhou’s boss, who has been identified as Wang, was fired after the incident, according to The Independent.

Zhou filed a police report about her boss last week, and the authorities were allegedly looking into her report before the video of her went viral.

Several social media users have commended her bravery and her demand for justice.

Locks to the Office of the Auditor-General, Daniel Yao Domelevo changed while he is...