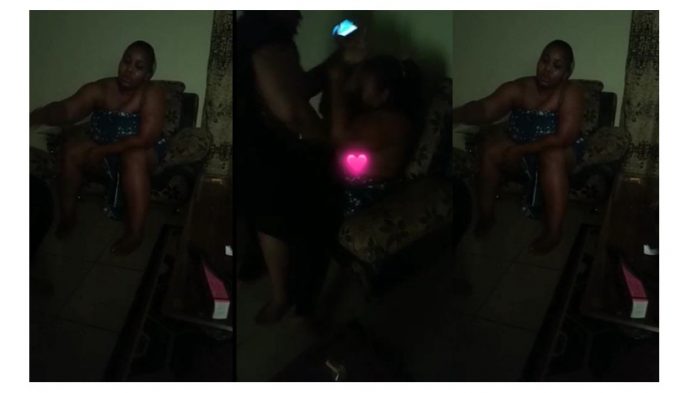 A woman was seen in a video b£ating up another woman said to be her best friend following an allegation that she had been sl££ping with her husband, has been remanded in prison custody.

The woman identified simply as Ngozi physically assaulted Nkiru at her residence after storming the latter’s house with gun-wielding thugs. She stripped her completely nak£d, assaulted and dragged her on the floor, and the incident was filmed and posted online.

Woman who beat up best friend for sl££ping with her husband has been imprisoned. The matter was subsequently reported to the police and Ngozi was arrested and charged with the offence.

She made her first appearance before a magistrate’s court in Owerri, Imo state on Monday.

She has been arraigned on a 10 count charge, to which she pleaded not guilty. The Magistrate granted her a bail to the tune of N1 million, and the matter was adjourned.

However, the accused has been remanded in prison custody until all her bail conditions are satisfied.

Watch The Video Below…..